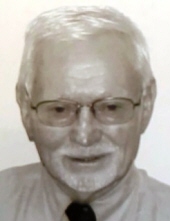 Ralph J. O'Connor, age 89, of Hamden CT passed away peacefully at St. Raphael's Hospital on August 3rd, 2018 surrounded by his family. Ralph was born in New Haven on December 2, 1928 to the late Michael F. and Mary G. (Dunleavy) O'Connor. Ralph is survived by his loving wife, Catherine (Colombell) O'Connor. Ralph is also survived by his four children, Brian O'Connor and his wife Theresa of Hamden, Mary Powers and her husband Bill of Cheshire, Michael O'Connor of North Haven, and Ann O'Connor of Cheshire. Ralph was predeceased by his loving daughter in-law, Alicia O'Connor. Ralph is also survived by his grandchildren; John, Patrick, Joseph, Eamon, Colin, Brock, and Eliza O'Connor; as well as Ryan and Owen Powers and Adam, James and Jake Ali; his brother Michael O'Connor; his sister Marian Glarum and over 35 nieces and nephews. Ralph was predeceased by his brothers Walter, John, Frank, and James O'Connor, as well as his sister Nancy McCleery. He was a graduate of Hillhouse High School, Arnold College, and received his Master's Degree from SCSU. Ralph was a career educator, serving in both the New Haven and Hamden public schools. He also worked for the State of Connecticut as a Bail Commissioner in the Milford Superior Court. Ralph's passion was sports. He was the hockey coach at Quinnipiac University, North Haven High School, Hamden Hall, and various youth hockey organizations. Ralph also served on the boards of St. Rita's School and the Hamden Board of Education. Ralph's other passion was his grandchildren. He loved spending time with them and attending their various events. The O'Connor family would like to thank the staff of St. Raphael's hospital and nephew Patrick O'Connor for all that they did for Ralph on his final days. In lieu of flowers donations in Ralph's memory may be made to the Smilow Cancer Center or the CT Alzheimer's Association. Friends may visit with his family on Thursday, August 9th from 4:00 to 8:00 PM at BEECHER & BENNETT FUNERAL HOME, 2300 Whitney Ave, Hamden and may also attend his Mass of Christian Burial on Friday at 10:00 AM by going directly to St. Rita Church, 1620 Whitney Ave, Hamden. Burial will follow in All Saints Cemetery, North Haven.