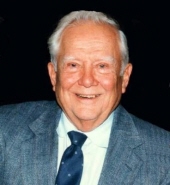 Southington- Raoul E. LaQuerre Jr, 91, formerly of Southington died on Wednesday, November 6, 2013. He was the husband of the late Gloria Guidace LaQuerre and son of the late Raoul and Beatrice (Gates)LaQuerre. Raoul was educated in Meriden schools and graduated from Meriden High School, class of 1940 and was a member of Our Lady of Mt. Carmel Church, Meriden. He proudly served his country in the U.S. Coast Guard during World War II. He served on the Rescue Flotilla One Amphibeous A Fleet. These sturdy 83 footers saved more than 1,100 allied invaders from perishing during the critical days of the assault on Normandy, France. Raoul worked at various professions, he worked at Coca-Cola Bottling Co. in New Britain as a route driver, learned the mason trade from Pat Biafore, owned and operated Falks Market for 23 years, and worked at Meriden-Wallingford Hospital in the engineering dept., retiring in 1984. While working at the hospital he was the first to receive the employee of the year award in 1976. He was a member of Castle Craig Players, AARP in Meriden and was former vice-president of the Meriden-Wallingford credit union. Raoul is survived by a step-daughter, Martha-Jo Bellamy and her husband Warren, their children;Kristen, Molly and Wrenn Bellamy, a brother Robert LaQuerre and several nieces and nephews. He was predeceased by his former wives, Dorothy Heaton and Ruth Anderson Woodtke and a sister Bernadette Knopp. A Mass of Christian burial will be celebrated on Monday, November 11, 2013 at 11:30am at Our Lady of Mt. Carmel Church, Goodwill Ave., Meriden. Entombment with military honors will follow at Sacred Heart Cemetery, Meriden. Relatives and friends may call at the Beecher & Bennett-Flatow Funeral Home, 48 Cook Ave., Meriden on Monday from 10-11am, prior to the service. In lieu of flowers, donations in Raoul's memory may be made to Our Lady of Mt. Carmel Church, 109 Goodwill Ave., Meriden, CT 06451.