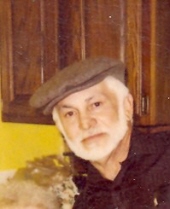 Meriden - Raul Muniz, 66, husband of Beatrice (Benoit) Muniz passed away on Sunday, June 28, 2009 at Hartford Hospital. He was born May 12, 1943 in Aguada, Puerto Rico a son of the late Justino and Trinidad (Cordero) Muniz. He worked for J.J.Ryan Corp/Rex Forage in Southington however his true passion was being an auto mechanic. In addition to his wife Beatrice he is survived by a daughter, Zoraida Muniz of PA, three step-children, Ann DeJesus, Sandra Chaparro and Robert LaHaye, three sisters, six brothers, two grandsons;Michael and Aaron Torres, a granddaughter; Zoreneri Gonzales and nine step-grandchildren. He also leaves one great-grandson;Aaron Raul, one step-great-grandson;Jaheel Vizcrondo and many nieces and nephews. He was predeceased by three sisters and one brother. Relatives and friends may call at the Beecher & Bennett-Flatow Funeral Home, 48 Cook Ave., Meriden on Thursday, July 2 from 4-8pm. A service will be held during this time. Burial will be at the convenience of the family.