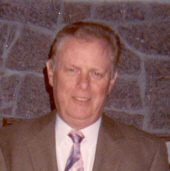 Raymond Foster, Jr., of Hamden, passed away unexpectedly at his home on December 27, 2010. He was born in Bridgeport on November 26, 1946 to the late Dorothy Foster. Raymond is survived by his loving wife Mary Nolan Foster and his five children, Robert, Catherine, David, Susan, and Brian Foster; nine sisters and brothers-in-law, Cathy and John Nolan, Judy and Michael Nolan, Betty and George Wooster, Peggy and Bill O'Connor and Shirley Nolan as well as six grandchildren, twelve nieces and nephews, four grandnieces and nephews, his mother-in-law Catherine Nolan and an aunt, Jane Nolan. Raymond was a graduate of Central Connecticut State University and was an active and loyal member of the Hamden Chamber of Commerce, a past member of the Hamden Rotary, and served our country in the United States Navy. Raymond was a certified public accountant for Donald L. Perlroth and Co. for 37 years. He was an avid New York Giants and UCONN Huskies fan. One of his greatest pleasures was to be able to take his children to numerous Giants games. Although Ray was a very private man, his gentle and kind soul enabled him to give generously to various charities over the years. Funeral from BEECHER & BENNETT, 2300 Whitney Ave., Hamden, on Friday, December 31st at 9:15 a.m. followed by a Mass of Christian Burial to be celebrated in Our Lady of Mount Carmel Church at 10 a.m. Interment with Military Honors to take place in Centerville Cemetery. Friends may also visit with the family on Thursday evening from 4 to 7 p.m. In lieu of flowers contributions in Ray's memory may be sent to the Hamden Chamber of Commerce, 2969 Whitney Ave. #301, Hamden, CT 06518.