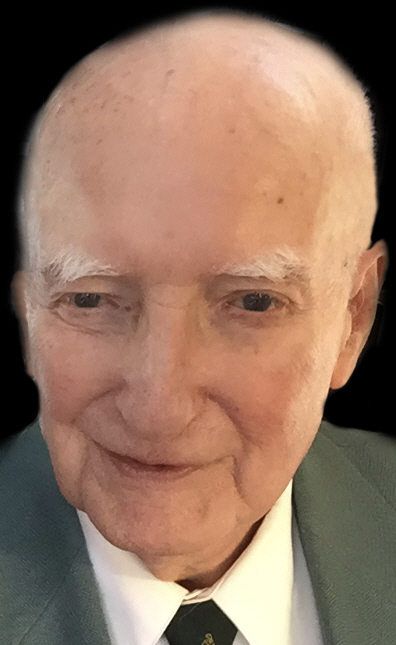 Raymond Gordon Hawes, age 92, of Elim Park, Cheshire, passed away on October 3, 2020 at the West Haven VA Hospital. Ray was born in Providence, RI on November 28, 1927, son of the late Russell Cheney and Amey Mahala Peck Hawes. He was married to his wife of 64 years, the late Betty Jane Nelson Hawes. Ray is survived by his children, Bradford Gordon Hawes of Weaverville, NC and Susan (Wayne) Harris of Wallingford; daughter-in-law, Lorraine Hawes of Hamden; grandchildren, Joseph (Michelle) Hawes of Wallingford, Jennifer (Dan) Griggs of Cheshire, and Kelly (Patrick) Crawley of Warwick, RI; great-grandchildren, Kaylee and Ryan Griggs; and his companion, Shirley Michel of Cheshire. Predeceased by his son, Gary Nelson Hawes; brothers, Russell L. and Richard P. Hawes; and sister, Elizabeth Bragg.
Ray was a WWII Veteran, serving in the Army of the United States in the Army Occupation in Japan in 1948. He graduated from MIT with a B.S. in Mechanical Engineering in 1950. While employed at Winchester Repeating Arms Co. division of Olin Corp. in New Haven, he was an ammunition manufacturing engineer and later the ammunition manufacturing superintendent. He worked for USM Corp., later Emhart Corp., Black and Decker, and Stanley Works in New Haven, Shelton, and Farmington in engineering and management positions from 1950 to 1985. Ray served the Industrial Fastener Institute as chairman of its blind fasteners technical committee from 1971-1982 and was the author of several domestic and international blind rivet standards. Prior to his retirement from Emhart Corp. in 1985, he performed in excess of 100 environmental compliance reviews in North America, South America, and Europe. After retirement, he performed environmental engineering consulting until 1992. He also volunteered as an income tax preparer for VITA (IRS) and TCE (CT) for 14 years.
Ray was the author of four major Hawes genealogies and one Hawes booklet. “The Edward Hawes Heirs,” his first book, was the CT Society of Genealogists 1997 Literary Awards Contest Grand Prize winner. His fourth book, “The Richard Hawes Genealogy,” was the co-winner of the 2004 CSG Inc. Literary Awards Grand Prize for New England genealogy. Ray sang tenor in the choir of the Spring Glen United Church of Christ for more than 48 years and tenor in the Cheshire Community Chorus for five years. He organized and sang tenor in the Elim Park Barber Shop Chorus. Ray loved to play many sports in his youth and mostly golfed in his later years. At Elim Park he enjoyed playing billiards, bridge, and shuffleboard. The Boston Red Sox were a lifelong passion, followed by the UCONN women’s basketball team.
Friends may visit with his family on Saturday, October 17th from 2:00 to 4:00 p.m. at BEECHER & BENNETT, 2300 Whitney Ave., Hamden followed by a Memorial Service celebrating Ray’s life at 4:00 p.m. in the funeral home. Burial will be private. In lieu of flowers, memorial donations may be sent to the Spring Glen United Church of Christ, 1825 Whitney Ave., Hamden, CT 06518.