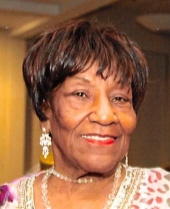 Rebecca Magazine Humphrey, affectionately known as 'Beck,' the ninth child of Ethel and Davis Magazine, Sr. Rebecca was born January 14, 1939 in Bishopville, South Carolina, and transitioned from life to death on April 20, 2016. Rebecca was educated in the Lee County Public Schools in Bishopville. Her favorite subject was typing. She strived for accuracy over speed but achieved both in the end. Rebecca also loved to play basketball. She was a leading guard and a fierce contender on the court. Additionally, she was a member of the Glee Club. As a child, Rebecca and her family were regular and active members of the Church of God in Bishopville. She accepted Christ at an early age and was baptized. Upon graduating from Dennis High School in Bishopville, she relocated to Connecticut. There, she met and married Arthur Lee Humphrey. From that union, four children were born. While she held various professional positions, her love for people and devotion to serving others led her to a career in nursing. In order to pursue her calling in nursing, Rebecca enrolled in classes to broaden her knowledge and develop her skills to advance her career. After more than 20 years, Rebecca retired as a nurse's aide from Winthrop Nursing Home in New Haven, Connecticut. Rebecca loved the Lord. She frequented several churches in New Haven, until the Lord led her to Vertical Church, where she became a member in 1989. Rebecca was an active and dedicated member of Vertical Church. Given her warm and welcoming smile and spirit, Rebecca was a natural hostess. In addition, she was a member of the church choir and prayer group. She also volunteered for a variety of assignments in the church. Serving others was at the core of Rebecca's heart. Her love of traveling took her to many parts of the world. Aruba, Bahamas, Canada, Mexico are among some of the countries Rebecca visited with her family and friends. Rebecca adored her siblings and made a point to speak with them at least twice a day. She will be sorely missed. Rebecca leaves to cherish her memory four children, Aquanetta Humphrey (Waterbury), Jeffrey Humphrey (Boston), Cynthia Humphrey (New Haven), and James Humphrey (New Haven); grandchildren Ashanti Humphrey (Waterbury), Peter Humphrey (Boston), Jeffrey Humphrey (Boston), Diamond Humphrey (Boston); great-grandchildren Marquet Humphrey, Gabriel Humphrey, Asha Humphrey, Amin Humphrey; her sisters, Willie Mae Smith (New York), Louise McCall (Bishopville), Ethel Geer (Boston), Mary C. Lampton (Don) (Morningside, MD), and brother Bernard Magazine (Brockton, MA); her extra special niece Barbara 'Poochie' Blocker (Wolcott, CT), and a host of nephews and nieces. Rebecca was preceded in death by her son Arthur R. Humphrey, her sisters Eliza Addison, Mattie Mann, Dorothy Williams, Virginia Magazine, and Josephine Magazine; and her brothers Leroy Magazine, Davis Magazine, Jr. and George Magazine. Visitation for Rebecca will be held on Tuesday from 9:00 to 11:00 AM prior to her Funeral Service which will begin at 11:00 AM in Vertical Church, 225 Meloy Rd, West Haven. Interment will follow in Evergreen Cemetery, New Haven. Arrangements are in care of BEECHER & BENNETT - TAYLOR FUNERAL HOME, 410 Campbell Ave, West Haven.