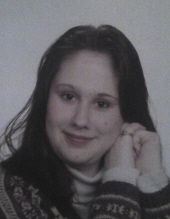 Rebecca Remillard Dudley, 35, of Waterbury, passed away on Monday February 9, 2015 at her home. She was born on September 19, 1979 in New Britain. She is survived by her children Shelby and Tucker Remillard, and Elijah Totzke, her mother Mary Remillard, step-father Terry Albert, father Douglas Conrad, and her brother and his wife Erik and Barbara Remillard. Calling hours will be held at the Beecher & Bennett-Flatow Funeral Home, 48 Cook Avenue, Meriden on Saturday February 14, 2015 from 5-7 pm.