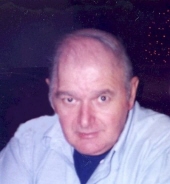 Meriden- Regis A. Belanger, 71 husband of Emily (Jones) Belanger died on Saturday, January 16, 2010 after a courageous battle with cancer at Meriden Center. He was born December 24, 1938 in Lisbon, ME a son of the late Phillip and Eva (Breton) Belanger. He retired from Miller Co. Rolling Mill in Meriden, was a lifelong member of the Franco-American Club and an honorary memember of South Meriden Trinity United Methodist Church. Regis will be forever remembered as a gardner, a great cook, great swing dancer that loved westerns and his 'Moxie'. He was always willing to help anyone in need, whether it was a ride or help fixing something. Regis was a loyal husband, son, father and grandfather who will be deeply missed. Regis' family would like to thank the staff of MidState Medical Center, Pavillion D and Meriden Center, Wing 100 and Bruce and Darlene Belanger for all their continued care and support. In addition to his wife Emily of 46years, he is survived by three daughters and their husbands, Diana and David Carroll of N. Miami Beach, FL, LeeAnn and Fred Rousseau of Meriden and Lorraine Belanger-Bassett and Danny Bassett of Meriden, and seven grandchildren; Aaron, Mendel, Yosef, Golda, Shalom, Yisroel andTroy. He also leaves, two brothers and their wives, Renaud and Mary Belanger and Gerard and Phyllis Belanger both of Zephyrhills, FL, two sisters-in-law, Ina Belanger and Theresa Belanger, many nieces and nephews and his cat 'Milli'. A memorial service honoring Regis' life will be held at a later date. In lieu of flowers donations may be made to the South Meriden Trinity United Methodist Church, 145 Main St., South Meriden, CT 06451. The Beecher & Bennett-Flatow Funeral Home, 48 Cook Ave., Meriden is in charge of the arrangements.