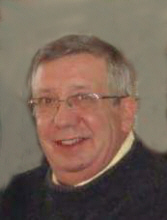 Richard E. Miller, age 63, of Hamden, passed away on December 10, 2015 in Yale New Haven Hospital. Born in Bridgeport on January 26, 1952 he was a son of the late Richard E. Miller, Sr and Dorothy Dziesinski Miller and step-son of Bernadette Miller of Prospect. Rich is survived by his wife Bonnie S. Miller; his daughters Jessica Parker & her husband Allehandro of Alburtis, PA, Amanda Miller of Riverview, FL and Lauren Miller of London, England; his grandchildren Noah, Emma & Caleb Parker and Zoey & Fisher Zawacki ;brother Bruce Miller & his wife Beth of Norwalk; step-sister Colleen Schuyler of Prospect; step-brother Stephen Mullin of North Haven and his niece Sarah Miller. He was predeceased by his brother Kevin Miller. Rich was a former co-owner and operator of Harrison's Hardware Store in Milford and ACE Hardware in Hamden, subsequently he was employed by Centerville Lumber in Hamden and currently for Lowe's Home Improvement Stores. He was a member of the Milford Downtown Merchants Association and a member & 2 term past president of the Hamden Rotary Club. Rich enjoyed his music and singing and was always there to help his family and friends in anyway he could. Friends may visit with his family at BEECHER & BENNETT FUNERAL HOME, 2300 Whitney Ave, Hamden on Friday, Dec. 18th from 5:00 to 8:00 PM and may attend his Funeral Service on Saturday Dec. 19th at 10:00 AM in Trinity Church on the Green, 230 Temple Street, New Haven, CT. Contributions in his memory may be made to the Hamden Rotary Club, P.O. Box 185304, Hamden, CT 06518 or to the Smilow Cancer Center at Yale New Haven Hospital, 20 York St, New Haven, CT 06511-3202.