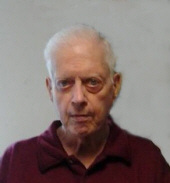 The eldest of four children of George B. and Ruth H. Larcom, Richard E. Larcom was born in Beverly, Massachusetts on October 27, 1931. He is survived by his brother George W. Larcom (Carol) of Venice FL, sisters Joan V. Broughton of Peabody MA and Carolyn L. Farnam (Walter) of Newtown Square PA, and several nieces and nephews. He was educated in the local school system, graduating from Beverly high school in 1949. He studied business education at Boston University, obtaining a Bachelor of Science degree in 1953. He later went on to earn a master of education degree in 1958. Companion Richard, better known as Dick, completed three years of service in the US Army in 1956. Upon his discharge as a specialist fourth class he did part-time substitute teaching in Beverly and then became a general business teacher in Shrewsbury for two years. Relocating to Hamden, Connecticut in 1959, Dick worked for the Burroughs Corporation for a year. He then became a field investigator for Retail Credit Co. (Equifax), from which he retired in 1991. Brother Richard was raised as a Master Mason at a special outdoor ceremony on June 11, 1966 by Dayspring Lodge number 30 of Hamden. After serving in several officer stations, he became Master in 1975. Thereafter, he served as secretary-treasurer of the Past Masters Association. Dick also belonged to the fourth district Past Masters Association and the Masonic Veteran Association, where he was a long time chaplain. In the York rite, Companion Dick was exalted in Pulaski Chapter 26 in 1969 and was High Priest in 1976. He was anointed in the order of the high priesthood that same year. He was received and greeted in Crawford Council No 19 also in 1969, and became Thrice Illustrious Master in 1974, when he also received the Order of the Silver Trowel. MPGM Earl J Fitzpatrick presented Companion Richard with the Knight of Ish Sodi Award in 1983, and MPGM Arthur L Shumway appointed him to the Grand Council line in 1988. He progressed through the grand line and became Most Puissant Grand Master 1974-75. Sir Knight Richard was knighted in New Haven Commandery No. 2 in 1971. He subsequently served as Commander of New Haven Commandery No.2. Invited to become a member of the Connecticut York Rite College No. 17 in 1972, Richard served as the Pre-Eminent Governor in 1991. Also in 1991, he received the Order of the Purple Cross, becoming an Associate Regent of the York Rite Sovereign College of North America. In the ancient except the Scottish Rite, brother Dick was a member of E.G. Store Lodge of Perfection, Elm Council of Princes of Jerusalem, New Haven Chapter of Rose Croix and Lafayette Consistory. Dick was a member since 1979 of the advisory board of Evergreen assembly No.44, Order of Rainbow for Girls, serving as chairman since 1981. He was also a member of the Pyramid Temple of the Shrine and Alice Chapter No.76, Order of Eastern Star. He was also a member of Nathan Hale Council of Allied Masonic degrees, and was a member of the Connecticut College a Masonic Rosi Crucians. He was a longtime treasurer of Pulaski Chapter 26 and recorder for Crawford Council 19. Friends are invited to visit with his family at BEECHER & BENNETT FUNERAL HOME, 2300 Whitney Ave, Hamden on Sunday, May 18th, 2014 from 4:00 to 7:00 PM. During this time a Masonic Service will take place at 6:00 PM in the funeral home. Interment will be private. In lieu of flowers donations may be made to a Masonic Charity of your choice.