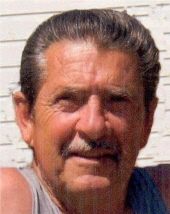 Richard F. 'Dick' Baehr, age 74, of Hamden, passed away on October 7, 2010. Richard was the loving husband of Faith Ann Cimmino Baehr for 52 years. Born in East Lyme, CT on May 19, 1936, he was the son of the late Larned R. Baehr & Ruth Bates Baehr. Besides his wife he is survived by his devoted children; son, John Richard Baehr & his wife Robbin of Hamden; daughter, Alisa A. Minardi & her husband John of Cheshire; his loving grandson & Best Buddy Christopher Robert Minardi and his loving granddaughter that he adored, Julia Faith Minardi. Richard was a mason by trade, retiring after 40 years from the BrickLayers & Trowel Trades International Union, Local # 1. He was a lifetime resident of Hamden. He played hockey and baseball in his youth for various organizations. He enjoyed many summers in his favorite place, Cape Cod, Massachusetts. Richard was a member of Blessed Sacrament Church, where he began there as an altar boy. Throughout the years, he built additions to the church rectory and the Rev. Daniel J. Barry Jr High School. He organized rentals of the school for many functions and also helped maintain the facilities. Richard was an active member of the Church Street School PTA, and the Rev. Daniel J. Barry Jr High Home School Association. He was a third degree member of the Mt. Carmel Council of the Knights of Columbus. In his leisure time he was an avid fan of the UCONN Women's Basketball Team. Richard's family would like to thank the staff of Village Green of Wallingford (Brook Hollow) for their love and support during this difficult time. Friends are invited to attend his Mass of Christian Burial on Monday, Oct. 11, 2010 at 10:00 AM in St. Rita Church, 1620 Whitney Ave. Hamden, and his interment that will follow in St. Mary's Cemetery. Arrangements are in care of BEECHER & BENNETT FUNERAL HOME, 2300 Whitney Ave, Hamden. Contributions in Richard's memory may be made to; StandUp2Cancer.org or Stand Up To Cancer, File 1224, 1801 West Olympia Blvd, Pasadena, CA 91199 or call 1.888.907.8263.