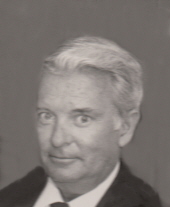 Richard H. Carleton, 78, husband of 52 years to Patricia Murray Carleton, passed away on Sunday, March 17, 2013 in New Haven. Father of Maureen Hamilton and her husband Kenneth of Middlefield, Richard Carleton and his wife Stacy of Hamden and Arlene Cramer and her husband Chad of Branford; grandfather of Desirae Zentz, Kacey Carleton, Benjamin Hamilton, and Katherine Hamilton; great-grandfather of Noah Zentz and brother of James Carleton of West Haven and Carl Carleton of Williston, VT. He was predeceased by a brother, Robert Carleton. Rich was born in New Haven on September 23, 1934, to the late Henry Alfred and Ruth Marion Burrill Carleton. He was a graduate of Hillhouse High School, employed by the US Postal Service for 36 years as a mail handler, retiring in 1990. He was also a night watchman at the First Congregational Church of West Haven for 18 years. Rich was a member of the West Haven Masons, Annawon Lodge #115. He was proud to be a friend of Bill. Rich would want us all to remember to cherish family and that love is the repetitive performance of little acts of kindness. Friends and family may attend a Memorial Service at the First Congregational Church in West Haven at 11 AM on Friday, March 22, 2013. There are no calling hours. In lieu of flowers, contributions in Rich's name can be made to the First Congregational Church's Book of Remembrance, First Congregational Church of West Haven, 1 Church St, West Haven, CT 06516.