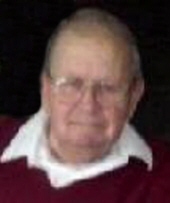 Richard H. Waller, 84, of Southington, died peacefully at home on July 26, 2017 with family by his side after a long illness. He is survived by his wife, Joan Bennett Waller; son, Richard Waller; daughters, Dale (John) King and Kim Grodzki (Jack Sirowich); grandsons, Brandon and Colin Grodzki; siblings, Harold Waller, Alice Bilger, Lucille Hatch, Lois Schafrick and Harvey Waller. Richard was born in Meriden on December 14, 1932 to the late Harold and Beatrice Chadwick Waller. Also predeceased by a brother, Howard Waller. Richard was a Korean War Veteran and a retiree of H.O. Penn Caterpillar. His passion was for cars and there wasn’t one that he didn’t want to own. Friends are invited to visit with the family on Saturday, July 29th from 9:00 to 10:00 a.m. at BEECHER & BENNETT-FLATOW FUNERAL HOME, 48 Cook Ave, Meriden, followed by a Funeral Service at 10:00 a.m. in the funeral home. Burial will take place with Military Honors in Walnut Grove Cemetery.