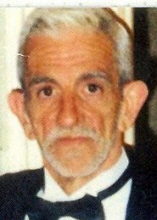 Richard Henry Smith, 71, beloved husband of 45 years to Patricia Kowalski Smith, passed away on January 23, 2009 after a short illness. He was born in Meriden on May 30, 1937 to the late Hazen and Mildred Oefinger Smith. Richard was a life long resident of Meriden. He was employed by Stanley- Judd in Wallingford for 31 years before working at the Masonic home for 20 years. He was an avid Boston Red Sox and UCONN girls basketball fan and proud of his time spent as a Paratrooper in the US Army. Richard took great pride in not only his children, but his grandchildren. He loved being a part of their every day activities, especially their sporting events. He was an amazing family man and friend whose door was always open to anyone at anytime. Besides his loving wife, Richard is survived by his three daughters, Robin Nohelty and her husband Mark, Wendy Smith and Tracy Smith all of Meriden; sister and best friend Kay Bouza and her husband Tom of Wallingford; ten grandchildren, twins Richard Neils and James Neils and his fiance Amber Fisher, Mark Nohelty, Michael and Craig Jalbert, Felica Smith, Handy Ellison, Ryan, Justin and Christian Holman, and great granddaughter, Kayla Neils; Aunt and Uncle Charles and Wanda Moyles of Wallingford, special family friends, Joan and Harry Bolden, and many cousins, nieces, and nephews. Predeceased by his son-in-law, Steven Neils and niece Cheryl Bouza. A Funeral Service will be at the Beecher & Bennett Flatow Funeral Home, 48 Cook Ave., Meriden, on Wednesday, January 28, at 11 a.m. Friends may visit with the family on Tuesday evening from 5 to 8 p.m. Burial with be private.