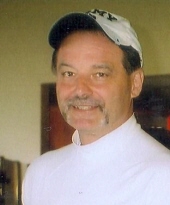 Middletown - Richard J. Altieri, 60, husband of Kimberly (LeBrun) Altieri, passed away on Sunday, December 16 at his home surrounded by his family. He was born May 24, 1947 in Meriden a son of Eunice (Helin) Altieri and the late Thomas Altieri. He is a 1966 graduate of Maloney High School and attended Saigon University. He was store manager for Shop-Rite. He proudly served his country in the Vietnam War. His service to his country included Oct.1966 Basic Training, Ft. Jackson, SC, Jan. 1967; advanced training, Ft.Bragg, NC, Oct.1967, landed in country, Chu Lai, Vietnam, assigned to Americal Division, June 1968, wounded in action, received Purple Heart and Army commendation Medal, Sept. 1968 received and honorable discharge. He was a member of the Vietnam Veterans of Middletown, former president of Meriden WMCA Barbell Club and was a member of the American Powerlifting Association (APA). In addition to his wife and mother he is survived by a daughter, Dakota Lyn Altieri of Middletown, five sons and their spouses, Derek and Tammy Altieri of Petersburg, NJ, Daren and Danielle Altieri of Woodbury, CT, Bryan and Nicole VanAlmkerk of Middletown, Kyle VanAlmkerk of Middletown and Cody Altieri of Middletown and two brothers, Thomas and his wife Joanne Altieri of Ashford, CT and David Altieri of Ashford, CO. He also leaves seven grandchildren, Zachary, Alyssa, Aimee, Dylan, Julia and Brayden Altieri and Gabriel VanAlmkerk. Funeral service Wednesday, December 19 at 9:30 a.m. at Immanuel Lutheran Church, 164 Hanover St., Meriden. Everyone is asked to meet at the church. Burial will follow at the State of CT, Veterans Cemetery, Bow Lane, Middletown, CT. Relatives and friends may call at the Beecher & Bennett-Flatow Funeral Home, 48 Cook Ave., Meriden on Tuesday (TODAY) from 5-7 p.m. In lieu of flowers contributions may be made to the Scholarship Fund at Liberty Bank for Dakota and Cody Altieri.