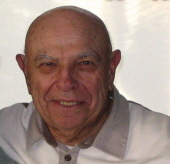 Richard L. Muller, 91, died November 27, 2013 at Whitney Center Hamden, surrounded by loving family and caregivers. Born November 9, 1922 in Brooklyn, NY, he graduated from Brooklyn Tech and worked as a machinist before joining the U.S. Army during WW II. During his years in the military he studied at the University of Maine and served in the European Theater operating a mobile machine shop. After the war he earned MS Mechanical Engineering and MIE degrees from NYU while working full time as a machinist. A proud member of the Tau Beta Pi and Pi Tau Sigma engineering honor societies, his career highlights as an engineer included work on early TV, microwave and facsimile technology, trips to Japan for collaborations, and projects for NASA and the aircraft industry as Director of Mechanical Engineering and Manufacturing with Marquardt Corporation and Litton Industries. Richard also enjoyed a productive fifteen year second career teaching industrial arts at the Roberto Clemente School of the Arts in Harlem, N.Y., retiring in1984. At the heart of his labors, always, was his drive to provide and care for the family he built with his beloved wife Norma, who predeceased him last November after sixty-four years of marriage. They made their home and raised their family in Mineola, Long Island, N.Y., where Richard took joy in activities like leading Boy Scouts, boating and learning to scuba dive with his boys. Later years saw travels to visit with them as they pursued educational goals and careers and built their own homes and families. After retirement he and Norma often took to the road in their Winnebago mobile home, their energetic dog Brandy at their side. They relocated to the Commons at Mill River in Hamden, CT, in 1996, and moved to Whitney Center in 2011. Richard is survived and will be sorely missed by sons Richard C. (Deborah) of Simsbury, CT, Wayne (Brenda) of Del Mar, CA, Douglas (Lisa) of Hamden, CT, and James of Salt Lake City, UT, and by grandchildren Stephanie, Alexandra, Andrea, Dana, Melanie, Andrew and William Muller. A funeral service will be held Saturday, December 7th, 11 am, at BEECHER & BENNETT, 2300 Whitney Ave, Hamden, CT, interment to follow at Centerville Cemetery, 347 Washington Avenue, Hamden. In lieu of flowers, memorial contributions may be made in Richard's name to the Connecticut Food Bank, www.ctfoodbank.org or at P.O. Box 8686, New Haven, CT 06531.