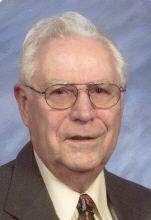 Richard Lloyd Hudson, 88, of North Haven, passed away on July 10, 2009 at the Hospital of St. Raphael. He was born on December 1, 1920, in Watertown, NY, son of the late Milo and Marion Davidson Hudson. He was a graduate of Syracuse University and the Yale Divinity School. He was an ordained Methodist minister, serving for many years in the North Central New York Conference, and as Director of Public Relations for the Syracuse area of the Methodist Church. For four years he conducted a religious news broadcast over the NBC station in Syracuse. He was a Professor of History at Wyoming Seminary (PA) where he was appointed head of the Bible department. He taught History for many years at New England College (NH), where he retired as Professor Emeritus. He was the first instructor to teach an Elderhostel course at New England College. He also taught courses at the New Hampshire State Prison. He was a member of the Henniker (NH) historical society, and editor of The Only Henniker on Earth, published in 1980. He also served as interim pastor to several congregations, both in Pennsylvania and New Hampshire. After retiring to Connecticut, he served as an adjunct professor at Post College in Waterbury, and Quinnipiac University in Hamden. He attended Faith United Methodist Church in North Haven. He is survived by his wife, Beatrice Olson Hudson, daughters Margery Dumaine and her husband Paul of Providence, RI and Pamela Sola and her husband Raymond of North Haven, grandchildren Juliette Dumaine and Warren and Katherine Sola, sister Dorothy Barnes of Watertown, NY, and many nieces and nephews. He was predeceased by his sisters Annabelle Switzer and Lillian Hudson. A Memorial Service will be held on Tuesday, July 21st at 12:00 at the Faith United Methodist Church, North Haven. Burial will be private. In lieu of flowers, memorial contributions may be sent to Faith United Methodist Church, 81 Clintonville Rd., North Haven, CT 06473 or St. Raphael Foundation, 1450 Chapel St., New Haven, CT 06511 or New England College, Office of Advancement, 98 Bridge St., Henniker, NH 03242- 3293.