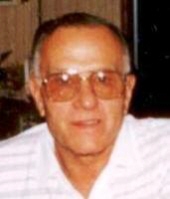 Richard P. Raccio, age 85, of Hamden, passed away on October 4, 2015. Born in New Haven on October 5, 1929, he was a son of the late Alphonse F. Raccio & Margaret DeFelice Raccio. Richard is survived by his wife, Amy-Jean Andersen Raccio; his daughter Dayle Ann Richiello & her husband Robert of Saginaw, Michigan; his son Bruce Raccio & his wife Trisha of Northford; 4 grandchildren; his sister Mary Forgiana of FL and his brothers John Raccio of FL & Peter Raccio of AZ. He was predeceased by his brother Frank Raccio. Richard was a mechanic for Bob Thomas Ford of Hamden for 25 years before his retirement. He was a Nascar fan, loved motorcycles and all things that he considered cool. His Funeral Service will be held on Wednesday evening, Oct. 7, 2015 at 7:00 PM in BEECHER & BENNETT FUNERAL HOME, 2300 Whitney Ave, Hamden. Friends may visit with his family at the funeral home on Wednesday from 4:00 PM to 7:00 PM prior to his service and may attend his Graveside Service at 10:00 AM on Thursday in Centerville Cemetery, Hamden. Contributions in his memory made be made to Vitas Healthcare Foundation, 199 Park Road, Ext. Middlebury, CT 06762.