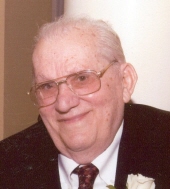 Richard Perry Pittala, 90, beloved husband of 58 years to Rose Zydiak Pittala, of Hamden, went home to be with the Lord on Sat., Sept. 24, 2011. He was born in Jacksonville, FL July 27, 1921 a son of the late Anthony and Sarah (Fascella) Pittala and resided in Hamden since 1969. He proudly served in the US Navy during WW II and was a Pearl Harbor survivor stationed aboard the USS Helm. Mr. Pittala was employed by the US Postal service for many years before retirement. He was an active member and former vice-president of the Holy Transfiguration Orthodox Church. He is survived by his children and their spouses, Richard and Margaret Pittala, Julie and Richard Gagliardi, all of North Haven, Michael and Nancy Pittala of Milford, his precious grandchildren Danielle & Christian Pittala and Elizabeth & Michael Gagliardi all of North Haven. Twin brother of Robert Pittala of NY, Louise Sonntag of FL, and Dorothy (Saul) Walker of NJ. He was predeceased by 11 brothers and sisters and his beloved daughter-in-law Etta Gaetano Pittala. Christian burial service will be on Wednesday Sept. 28, at 10 am in the Holy Transfiguration Orthodox Church, 285 Alden Ave., New Haven. Friends may visit with his family at BEECHER & BENNETT, 2300 WHITNEY AVE., HAMDEN Tuesday from 5-8 p.m. Panikhida service will be at 7 p.m. Interment with military honors in St. Mary's Russian Orthodox Cemetery on Stillson Road, Waterbury.