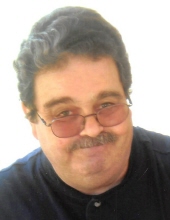 Robert A. Linblad, age 75, of New Haven, passed away on April 23, 2019. Born in New Haven on June 23, 1943, he was a son of the late John and Marie Linblad. Robert is survived by his daughter Jennifer Linblad of New Haven; his grandson Jordan Robert Linblad; his great-grandson Jordan Robert Linblad, Jr.; and his sister Roseann Daniels of New Haven. Robert was predeceased by his brother John Linblad. A resident of New Haven most of his life, Robert was a machine operator at a former plastic manufacturing company. Robert was loved by all who knew him, and will always be remembered for his witty sense of humor. Friends may visit with his family at Beecher & Bennett Funeral Home, 2300 Whitney Avenue, Hamden on Wednesday, May 15, 2019 for a celebration of Robert's life from 6:00 p.m. to 8:00 p.m. Burial will be private.