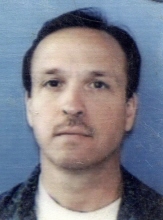 Robert Alan Nelson, age 46, passed away at his home in Woodbridge, Aug. 31, 2008, he was the son of Elizabeth March Nelson of Woodbridge and the late Burton Elmer Nelson and brother of Wayne B. Nelson of Seymour. Robert was born in Derby, June 26, 1962 and had attended Quinnipiac University and the University of New Haven. He was a commercial airline pilot for 15 years for Business Express, Mesa and United Airlines and most recently was commercial hangar supervisor at Sikorsky Aircraft. His funeral and burial will be private. Relatives and friends may visit at BEECHER & BENNETT, 2300 Whitney Ave., Hamden on Thursday from 5 - 8 p.m. Memorial contributions may be made to the First Church of Christ, 5 Meetinghouse Lane, Woodbridge, CT 06525.