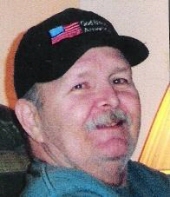 In Hamden, Nov. 17, 2005, Robert Binkowski, 64, of Worth Ave., Hamden. He was born in New Haven, April 9, 1941, a son of the late Zigmund and Helen Zakszewski Binkowski. Bob was educated in the New Haven School system and was by trade a Mechanical Draftsman. He was a longtime employee of Arden House in Hamden. Bob is survived by his sons, Steven Michael and wife, Amy of Yalesville and Robert Jeffrey and his wife, Paula of East Swanzey, NH, as well as his former wife Carol Binkowski of West Haven and a brother, Edward, of MI. He is also survived by his grandchildren, Jessica, Kathryn, Robert, Stephanie, Michael and Zachary and four great-grandchildren. Funeral service Mon., Nov. 21 at 11 a.m. at BEECHER & BENNETT, 2300 Whitney Ave., Hamden. Friends may call from 9-11 a.m. prior to the service. Memorial contributions can be made to the American Diabetes Assoc., 300 Research Parkway, Meriden, CT 06450.