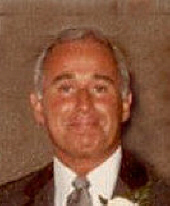 Robert 'Bob' John Benoit, 80, of Madison, and formerly of Hamden, passed away on June 22, 2013 at Yale New Haven Hospital. Born in New Haven on February 21, 1933 to the late Regis H. Benoit and Helen McCue Benoit. Bob will be remembered by his loving wife, Ty Elwell; daughters, Patrice Benoit Franco and her husband Brian of Barrington, RI, Michele Benoit Koski and her husband Brian of Cheshire; grandchildren, Siobhan and Brenna Franco of Barrington, RI, Jonathan and Georgia Koski of Cheshire; brother, Regis H. Benoit, Jr. of Hamden; former wife, Elaine Ekblade Benoit of Hamden; and step-sister Deidra Benoit of Long Island, NY. He was predeceased by his daughter, Barbara Lynn Benoit. Robert graduated from Hamden High School in 1951 and was employed at SNET as a Business Systems Specialist and was a member of the Telephone Pioneers. He was an active participant for many years in the TELSO Softball League, and became league commissioner when he could no longer play. Robert very much loved to spend time with his pets, especially his dogs, Kari and Kasey. He was an avid gardener, who enjoyed painting, working on his house, spending time outside in his yard, and participating in and watching sports. The family would like to thank the staff of Guilford House and Yale New Haven Hospital's MICU for their compassion and kindness. Friends are invited to visit with Robert's family on Sunday, June 30th at BEECHER & BENNETT, 2300 Whitney Ave, Hamden, from 3 to 6:00 p.m. Burial will be private. Contributions in Robert's memory may be sent to Dan Cosgrove Animal Shelter, Town of Branford, 749 East Main St, Branford, CT 06405 or www.branfordanimalshelter.org.