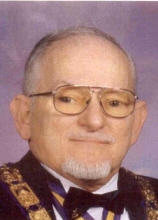 CURRAN, ROBERT 'BOB' T. Robert 'Bob' T. Curran, 71 passed away April 3, 2009 in the Hospital of St. Raphael, he was the husband of Margaret 'Meg' Devaney Curran of Hamden for 21 years. Bob was the father of Tom Curran of Stamford, Pat Curran and his wife Cindy of Yorktown Heights, NY, Rob Curran Jr. and his wife Hazel of Stamford, Chris Curran of White Plains, NY, step-father of James McIntyre of Hamden, brother of James P. Curran of Hyde Park, NY and grandfather of Jessica, Ryan, Liam, and Kimberlee. Also surviving is his former wife Maureen Curran. He was predeceased by a sister Breda Curran. Bob was born in Bronx, NY Oct. 25, 1937 a son of the late James and Margaret Duggan Curran. He has lived in Hamden since 1989 and owned The Printing Store from 1989 until his retirement in 2005. Active in the B.P.O.E #2224 of Hamden he served as Exaulted Ruler, District Deputy Grand Exalted Ruler for Connecticut Central District # 1640, Investigating Chairman, Treasurer, served as Co-Chairman of the Elks National Foundation, and was a life member and Trustee. Bob was also very active in Scouting for over 57 years, and was presently serving as the Elks Scouting Coordinator. He was a recipient of the Martin Lewis Award, and the GSUSA pin of honor. He was a member of Christ Lutheran Church, and had served on the Church Council. Mr. Curran has been a Commissioner on the Hamden Town Ethics Commission since 2001. He was an avid sail;or and loved to travel. Bob was a devoted husband, father and grandfather. Friends may call at BEECHER & BENNETT 2300 WHITNEY AVE HAMDEN on Wednesday, April 8 from 5-7. An Elks Memorial Service will be held at 7pm followed by a prayer service officiated by Rev. Owen Sanderson. Memorial contriburtions in his name may be made to the Elks National Foundation, 2750 N. Lakeview Ave., Chicago, Il 60614 or online at http://www.elks.org/enf/.