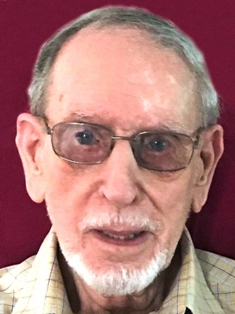 Robert Conrad Langner, Sr., age 95, of Wallingford, formerly of Hamden, passed away at Masonicare in Wallingford on September 2, 2020. Born in Ansonia on May 25, 1925, he was the son of the late Conrad and Mary Smallman Langner. A devoted family man, Robert is survived by his 5 children; Robert C. Langner, Jr. (Gail) of Guntown, MS, Thomas Langner (Maria) of Parrish, FL, Kathryn Langner of Wallingford, Curtis Langner (Sally) of Wallingford, and Marsha Langner (Dennis Scianalepore) of Wallingford, and many grandchildren and great-grandchildren who loved him dearly. He was predeceased by his wife, Ann Walker Langner, his son, Lawrence Langner, his younger brother Carl Langner (Jean), and one grandchild.
Robert converted to Catholicism prior to his marriage and was a devout Christian and member of St. Rita’s Church in Hamden, where he was married and all his children were baptized and attended the school. He spent his working life as a Supervisor with the MetroNorth Railroad, working in North Haven and New Haven until his retirement.
Friends are invited to visit with Robert’s family at Beecher & Bennett Funeral Home, 2300 Whitney Ave., Hamden from 8:30-10:00 a.m. Saturday, September 5. and may also attend his Mass of Christian Burial which will be celebrated at 10:30 a.m. in Divine Mercy Parish-St. Rita’s Church, 1620 Whitney Ave., Hamden. Interment will follow in All Saints Cemetery. In lieu of flowers, Robert’s family requests that friends consider sending a gift in his memory to St. Rita’s School Capital Campaign, 1601 Whitney Ave., Hamden, CT 06517 to honor a place Robert thought highly of.