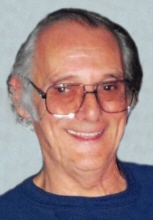 Robert D. Hannan, 83, of Hamden, passed away on February 4, 2017 at his home in Florida. He was the beloved husband of Marlene Hannan. Born in Haverhill, MA on August 12, 1933, he was the son of the late Arthur and Arlene Hannan. Robert was a Project Manager at Stop & Shop for 25 years and also worked for many years at Sears Hardware. Besides his wife Marlene, Robert is survived by his sons Robert Hannan Jr. and Steven Hannan; daughter Deborah Toomy; step-son Paul Furtak; and step-daughter Kimberly Downey. He is also survived by several grandchildren. Relatives and friends are invited to a visitation for Robert on Monday, February 6, 2017 from 5:00 to 8:00 p.m. in BEECHER & BENNETT FUNERAL HOME, 2300 Whitney Ave., Hamden. A prayer service with Deacon John O'Donovan officiating will start at 7:00 p.m.