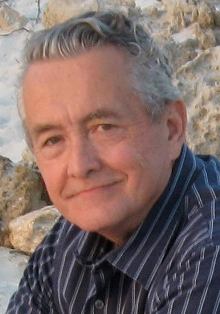 Born in: Terre Haute, IN
Resided in: East Windsor, CT

Robert Ernest Cork, 78, born and raised in Terre Haute, Indiana, passed away in East Windsor, Connecticut, on April 23, 2021, after a long struggle with dementia, culminating in pneumonia.

Bob was a proud graduate of Terre Haute’s Garfield High School (home of the “Purple Eagles”), Class of 1960. He entered the US Air Force and after basic training at Lackland Air Force Base in San Antonio was selected to be a Chinese Linguist, and attended the Institute for Far Eastern Languages (IFEL) at Yale University. In New Haven he met and married Wilifred A. Smith, a.k.a., Willie, the daughter of Frederick William and Gladys (Crowther) Smith of Mt. Carmel, Connecticut. They began their married life at Goodfellow Air Force Base in San Angelo, Texas.

He was an avid sportsman. As a youth, he raced in the Soap Box Derby against future baseball legend Tommy John. He played football at Garfield. He told of finding a dead body in the Wabash River when canoeing with future actor Hunter von Leer and fellow Boy Scouts in a canvas Old Town canoe he had restored with his younger brother, Tom. His scouting honors included the Order of the Arrow.

Bob loved to write and tell stories. He regaled his kids with recitations of poems by fellow Hoosier, James Whitcomb Riley. He was a reporter for the Terre Haute Star, where he also had a weekly “Outdoors in the Valley” column as “the Kickapoo Clodhopper.” He wrote about the troubles of producing a fishing show in TV Guide, profiled Olympic figure skater Janet Lynn in The Saturday Evening Post, and celebrated a son’s first basket in The Chicago Tribune. He published a book about a harness-racing family, “A Chance to Win,” in serial form in Hoof Beats magazine.

He loved music, playing the trombone in high school band and, much later, in a church orchestra. Like three of his sons he acted in musical theater at the Strand Theater in Seymour, Connecticut. His favorite song remained “Back Home Again in Indiana.”

Immediately upon leaving the Air Force he began a career in sales and marketing. He started with shoes and display items and went on to sporting goods, Ford cars, Zee medical supplies, industrial tools, and Home Depot appliances. He was at his best when networking, particularly when he served as Public Relations Director of the Rockford, Illinois, Chamber of Commerce. He coordinated the 1972 Olympic Trials for canoe and kayak at Rock Cut State Park as well as a welcome home ceremony in 1973 for Vietnam POW SSG Mike Lenker.

In his spare time, he enjoyed spending time with his family, working with wood, and paddling down a lazy river in the early morning mist, listening for the slap of a beaver’s tail.
Bob could strike up a conversation with anyone he met–and if he heard them speaking Mandarin, he would shock them by joining their conversation.
He was a loving partner to his spouse of 56 years, Willie, a lifelong nurse. He always said she was “too good for him.” Willie cared for Bob for many years as his health and memory declined after a traumatic brain injury. She passed away in 2017.

Bob was a devout man of faith, a member of the Seventh-day Adventist Church, and wrote for church publications including the youth magazines Insight and Guide. He was a firm believer in helping others. Bob and Willie became passionate advocates for the Palestinian people and a just resolution of the Palestinian-Israeli Conflict after visiting their son Dan in the West Bank in 1999. Among Bob’s favorite expressions were “You snooze, you lose,” and “Way to Go, Cork.”

Funeral services are being coordinated by Beecher & Bennett, 2300 Whitney Avenue, Hamden, CT 06518. Visitation will be on Tuesday, May 11, from 6-9 p.m. at Beecher & Bennett. The funeral will be at 10:00 a.m. on Wednesday, May 12, 2021 in the funeral home, followed by burial with military honors at the Connecticut State Veterans Cemetery in Middletown. On Wednesday evening there will be a program of stories and music at the New Haven Seventh-day Adventist Church, 355 Humphrey Street, New Haven, CT 06511, from 7:00 to 8:30 p.m. with reception following. The family asks that donations in Bob’s honor be made to the Holy Land Christian Ecumenical Foundation (http://www.hcef.org) or Alley Cat Allies (https://www.alleycat.org).

The Wednesday evening service at New Haven SDA can be viewed on the church’s Facebook page here, or YouTube page here.