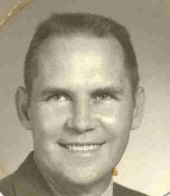 Robert Elton Peck, of 291 Franklin Rd., Hamden passed away at his home Saturday, January 28, 2006. He was the husband of the late Anna Mae Lynch Peck. He was born in New Haven, January 17, 1925, son of the late Elton and Rose Peck. He was a auditor for IBM in Hamden for 35 years prior to his retirement. Mr. Peck was a veteran of WW11, serving in the U. S. Navy for 4 years. He was a member of the Humphrey Volunteer Fire Club of Hamden. He is survived by a daughter and son-in-law, Mary Ann and Roy Day of Hamden a son and daughter-in-law Robert A. and Dina Peck of Hamden a sister, Linda Davis of Key West, FL., a brother, Allen Peck of CA., grandchildren, Ryan and his wife Dawn Peck of Nashville, TN., Jon and his wife Juliana Peck and Colin Day of Hamden. He was predeceased by a son, Douglas Peck and a brother Ruel Peck of Ohio. A Gathering will be held at BEECHER & BENNETT, 2300 Whitney Ave., Hamden, Tuesday, January 31, 2006 at 10 a.m. Interment will be Beaverdale Memorial Park. Friends may call Monday from 5 -8 p.m.