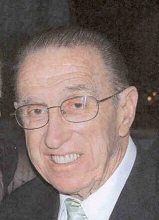 Robert F. Ferguson, 81, loving husband of Deborah Miller Ferguson of New Haven passed away May 29, 2011 peacefully surrounded by his family. Father of Kathleen Ann Cruz (Jacob) of Davie, FL., Robert F. Ferguson, III, (Patricia) of New Vernon, NJ. and James W. Ferguson of East Haven. Brother of Joan Shea (Jack) of West Haven, Frank Ferguson (Daphne) of New Haven, Maureen Petruzelli of Branford, and the late Donald Ferguson. Grandfather of Erica & Jacob Cruz of FL., and Meghan and Hannah Ferguson of NJ. He is also survived by his former wife, Frances Ferguson of Guilford, many nieces, nephews, and great nieces and nephews. He was born in New Haven, April 29, 1930 a son of the late Robert and Grace Landino Ferguson. Robert graduated from Commercial HS where he played basketball, earned an AS Degree in Criminal Justice from UNH, and graduated from the F. B. I. School in Quantico, VA. He served in the US Army during WW II as an MP in Stuttgart, Germany. Bob was a police officer with the New Haven Police Dept. from 1955 until his retirement as a lieutenant in 1983. During that time he was shift commander, head of the police detail at the Coliseum and Yale Bowl, head of the Gambling & Narcotics Unit, head of the Traffic Division, and he received numerous department commendations. He was the director of security at Science Park from 1983-1993, Ogden Security from 1993-2003, and later was employed at Southern CT State University Security until 2010. Bob was a former coach in the Dom Atro Baseball League in NH. and the Bart Guida Hockey League. He was a member of the NHPD Emerald Society, the Knights of Columbus, Laurel View CC Senior Golf League, and he was a huge fan of UCONN women's basketball. His family would like to thank the staff at ST. Raphael Hospital Medical ICU and also the staff at Gaylord Hospital for the loving care they provided to Bob. Friends may visit with his family at BEECHER & BENNETT 2300 WHITNEY AVE., HAMDEN on Tuesday May 31, from 4-8 p.m. Service of Remembrance will be Wednesday morning at 11 am in the funeral home. Interment with Military Honors in Beaverdale Memorial Park. Contributions in his memory may be sent to Notre Dame H.S. 24 Ricardo St., West Haven, CT 06516.