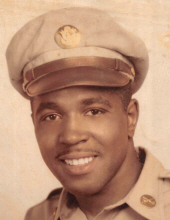 Robert H. Moss, III, age 90, of Milford, CT passed away on August 16, 2019. Born in New Haven on April 3, 1929, he was a son of the late Robert H. Moss II and Rosa (Highsmith) Moss. He is survived by his wife Ruth (Lewis) Reed Moss; his daughters April (Moss) Ellis of Milford, Yvonne Moss of Mableton, GA and Robin Reed of Boston; his sons Dawud (Robert IV) Moss of Bridgeport, Eugene Moss of Bridgeport and Tyrone Reed of Boston; and brothers Carlton Moss of Santa Ana, CA and Malcolm Moss of Middletown. Robert is also survived by several grandchildren, great- grandchildren, nieces and nephews. He was predeceased by two sisters and two brothers. Robert was a resident of West Haven for many years before moving to Milford in 1966. He was a U.S. Army Veteran and a retired insurance agent, having worked for Metropolitan Life Insurance Company for many years. Prior to that Robert was employed by the former U.S. Motors Co., and also was a volunteer firefighter for the City of Milford. Friends may attend his Graveside Ceremony on Thursday, August 22nd at 12:00 noon at The State of Connecticut Veterans Cemetery, 317 Bow Lane, Middletown, concluded with Military Honors. The family has requested that in lieu of flowers, a contribution in Robert's memory be made to the American Stroke Association, 7272 Greenville Ave., Dallas, TX 75231, www.stroke.org.