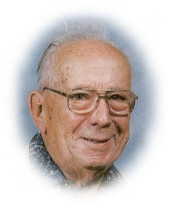 In the Hospital of St. Raphael, Feb. 1, 2007, Robert J. Stackpole, 96, of York St., West Haven, husband of the late Florence Martindale Stackpole. Robert is survived by several nieces and nephews. He was predeceased by brothers, Forrest, Henry, Albert, George, Richard and Frederick Stackpole and sisters, Dorothy MacLaughlin, Isabelle Jensen, Mildred and Mary Stackpole. He was born in New Haven, Jan. 7, 1911 a son of the late Charles and Mary Sylvia Stackpole. He worked as a gunsmith at Winchesters for many years and retired in 1976. He was a lifelong member of the First & Wesley United Methodist Church, a 36 year member of the West Haven Elk's Lodge, retired Captain of the West Haven Volunteer Fire Dept. Co #1 where he was a 65 year member and a trustee, member of the Odd Fellows #1 of Guilford for 66 years, longtime member of the Olin Retiree Club where he was former treasurer and a member of the New Haven County Fire Emergency Plan. Funeral from BEECHER & BENNETT TAYLOR FUNERAL HOME, 410 Campbell Ave. at Court St., West Haven, Tues., Feb. 6 at 9:30 a.m. Funeral service in First & Wesley United Methodist Church at 10 a.m. Friends may call at the funeral home Monday from 4 - 8 p.m. Interment in Beaverdale Memorial Park. Contribution may be made in his memory to the First & Wesley United Methodist Church, 89 Center St., West Haven, CT 06516.