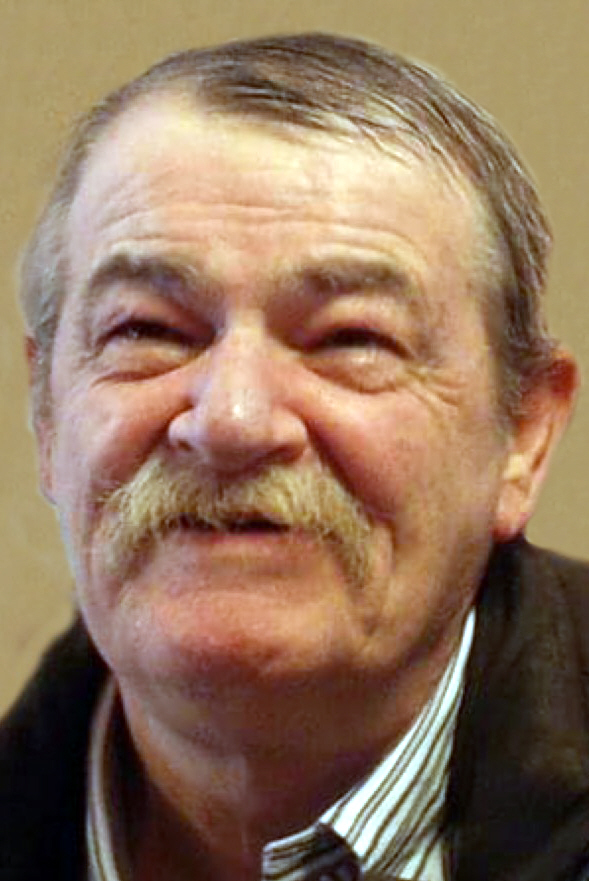 MERIDEN–Robert L. Wells, Sr., a parishioner of Our Lady Queen of Angels, entered in to the Dear Lord’s loving grace on Sunday, November 22, 2020, his 45th Wedding Anniversary, at home in the presence of his devoted family.

Robert was born in Meriden, the son of the late Phyllis Mary Fox and Henry Wallace Wells, Sr. He was predeceased by his sister, Patricia Andrews, and his brother, Henry Jr.  He is survived by his dedicated and loving family, wife Sandy and their daughter Mary Elizabeth Nelson (Ryan), and their son Robert Jr. “Bobby;” as well as 2 grandchildren, Tyler Carballo and Emily Nelson. Robert is also survived by his 2 sisters, Doreen Ryan and Sandi Wells, and his one and only brother-in-law, Walter P. Lacey III, through whom Robert and Sandy met and thus began their legacy, numerous nieces, nephews, great-nieces and nephews, and beloved friends, all who he loved so.

Robert was a Vietnam Army Vet who was proud to serve his country. He received his Associates in Sciences at Tunxis Community College in Farmington and went on to Southern Connecticut College in New Haven, majoring in Journalism. He reported for the Meriden Record- Journal and worked for WMMW, keeping up with all the goings-on in his birthplace and surrounding towns. He worked for over 27 years at Dukon Corporation in every facet of the business, last of which before their closing as Evening Foreman/ Supervisor. He also worked for Roland Technologies, Inc. in Wallingford and enjoyed working at Filenes, prior to his retirement due to illness. He remained as active as was humanly possible and used his expertise to volunteer on Father Ed Nadolny’s TV show, working the cameras. Robert loved photography and took amazing pictures. His faith, family, and friends were the order that he lived his life with unconditional love as he truly walked the walk. He was always so eager and ready to do anything for anyone. Robert enjoyed water aerobics at the YMCA.  He so loved the Yankees in an otherwise Red Sox household with so many enjoyable tales. Robert was an avid reader. Camping, puzzles, Scrabble, comedies, scary and superhero movies, and trains from years gone by to the present were great pastimes for him. He maintained current events with all the news and so loved his country.  He enjoyed going to Anthony Jack’s for wonderful meals and on special occasions, and Mohegan Sun for a little R&R and a nice meal a few times a year. He lived his life to the fullest and gave it his all. He will be so missed but never forgotten until we all meet again. He was and will truly always be our superhero. We believe he received the greatest Anniversary gift and had the best Anniversary ever returning home.

The thing about thanking those who touched our lives and tried to make Robert’s life the best that it could be, given the circumstances presented by the warrantees of his body, can’t be understated. To Dr. Kayne and Staff, for such due diligence with his care over the years. Dr. Peter Greco and staff over many years, always top notch care as well. Hartford Health Care, both at MSMC and Hartford Hospital, Dr. Stuart Kesler and his dynamic team , The Oncology Group and their phenomenal care and kindness headed by Dr. Fumo, Dr. Barzak and his fabulous staff, The Comprehensive Orthopedic Group Physicians through the years, and all the dedicated follow-ups going above and beyond the call of duty; most recently with Jonathan Dale, PA, such a Godsend in these trying times, and physical therapist Ashley Vitale from Lighthouse Homecare, who kept him upbeat and hopeful until the end. To all of those listed above, as well as any other providers and all the Frontline Healthcare workers that we forgot or are too numerous to name, Thank You from the bottom of our hearts.

Relatives are invited to visit with Robert’s family on Monday, November 30th from 4:00 to 7:00PM at Beecher & Bennett-Flatow Funeral Home, 48 Cook Ave., Meriden. His Mass of Christian Burial will take place on Tuesday, December 1st, at 10:00AM at Our Lady Queen of Angels Parish, St. Joseph Church. Burial with Military Honors will follow in the State Veterans’ Cemetery, Middletown.  Masks are required and social distancing and attendance limitations will be enforced.  In lieu of flowers, donations can be made to Our Lady Queen of Angels, 109 Goodwill Avenue, Meriden, CT 06451 or to Maryheart Crusaders Inc., 531 West Main St., Meriden, CT 06451 to keep the faith and maximize his legacy of perpetuating the Catholic faith.