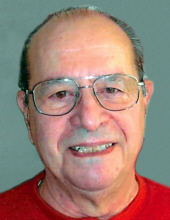 Robert Lee DeNardis, 79, of Hamden, passed away on January 24, 2019 after a brief illness. He was born on December 23, 1939, a son of the late Vincent J. and Pauline Petrella DeNardis. He is survived by his brother Richard (Ruth), sister Dorothy Palluotto, and sister-in-law Gail DeNardis. He was predeceased by his brothers Leonard and Gale DeNardis, and sisters Nina Onate and Norma Cavaliere. He was loved and respected by his many nieces and nephews and numerous other family members. He began his academic studies at Southern Connecticut State University, where he received a BS in Biology. Upon graduation, he was named Assistant Instructor, the youngest in the history of the institution, and assumed responsibility for running the biology lab. Subsequently, he was awarded a graduate assistantship at the University of Connecticut, which led to his first graduate degree, an MS in Biology. Later he received a National Institute of Health grant to further his studies at the State University of New York at Buffalo. There he completed his second graduate degree, an MA in Math and Statistics. Thereafter he earned his Master of Professional Studies in Health Care Management from Quinnipiac College, an institution at which he had taught biology for four years much earlier in his career. In recent years he taught and tutored at both Gateway Community College and the University of New Haven. Bob was known by all for his quick wit and was always ready with a joke. He was a tournament-calibre pool player and won many trophies. He enjoyed cooking and creating new recipes. Friends are invited to visit with his family from 4:00 to 7:00 p.m. on Wednesday, January 30th at BEECHER & BENNETT, 2300 Whitney Ave., Hamden. His funeral procession will leave the funeral home at 9:30 a.m. on Thursday for his Mass of Christian Burial, which will be celebrated in St. Rita's Church at 10:00 a.m. Interment will follow in Beaverdale Memorial Park.