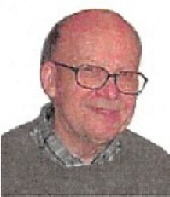 Robert Lyle Cone, 84 of Hamden, Connecticut, passed away on February 7, 2015 after a long battle with cancer. He was born on August 25, 1930 at his old family homestead in South Londonderry, VT, the same house where his father was born. He graduated from Schenectady high school in NY, class of 1948 where he served as high school class president during his sophomore and senior years and was voted 'most likely to succeed.' In 1952 he graduated from Norwich University, a military academy located in Northfield, Vermont. Bob served in the Korean War as a Second Lieutenant and a platoon leader of a tank division. He was on active duty from 1952 to 1954. Prior to retirement, Bob worked as a Real Estate broker and owner of Cone Realty Company on Whitney Avenue in Hamden. He enjoyed spending time with his family and was an active and faithful member of Trinity Lutheran Church for more than 55 years. He was well loved by all who knew him. He was known as being friendly, cheerful, good natured and a responsible citizen. He had an outgoing personality, was kind, generous and humble, never mentioning the good citizen metal awarded to him many years ago. Bob was happily married to his surviving second wife Marilou Church for almost 30 years. Bob was a wonderful and loving father to his two daughters: Joyce Erdmann of Singapore and Karen Milosky of Southport, CT. He also has 4 step sons: Eric, Mark, Michael and Keith Church, 5 grandchildren, 12 step-grandchildren and 6 great-grandchildren. A Celebration of Life church service will be held on Saturday, February 28, 2015 at 11:00AM in Trinity Lutheran Church, New Haven, immediately followed by a church hall reception. In lieu of flowers, offerings may be sent to Trinity Lutheran Church, 292 Orange Street, New Haven, CT 06410. BEECHER & BENNETT, 2300 Whitney Ave, Hamden, in care of arrangements.