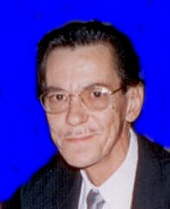 Robert M. Potanovich, Sr, age 60, of Wallingford, passed away on February 26, 2012 in St. Raphael Hospital. Robert was the husband for 41 years of Elaine Anderson Potanovich; father of Robert M. Potanovich, Jr & his wife Susan of Randolph, NJ and Jason M. Potanovich & his wife Mirela of Astoria, NY; grandfather of Ryan Matthew Potanovich; son in-law of Mary E. Anderson of North Haven; brother in-law of Cheryl Hotham of Southington and uncle of LeaAnn & Amy Mochel and Adam Hotham. Born in Bridgeport on May 9, 1951, he was the son of the late Edward A. & Helen Pitoniak Potanovich. A graduate of Bullard - Havens Technical School in Bridgeport and of the Culinary Institute of America in 1971. Robert was the owner of Sugar N Spice Delicatessen, Chef at Pond Point Nursing Facility in Milford for 20 years and at West Rock Health Care in New Haven. Friend may visit with his family on Thursday, March 1st, at BEECHER & BENNETT FUNERAL HOME, 2300 Whitney Ave, Hamden from 4:00 to 7:00 PM, with his Prayer Service beginning at 7:00 PM. Interment will be private. Contributions in Robert's memory may be made to the American Liver Foundation, 127 Washington Ave, #9, North Haven, CT 06473.