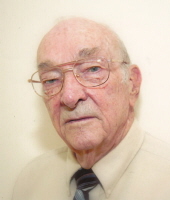 Robert Nelson Bates, age 84, of Wallingford, passed away in Meriden, CT on March 6, 2013. Born in New Canaan, CT on January 29, 1929, he was a son of the late Roswell J. & Mabel Mather Bates. A former resident of Branford and Spring Hill, FL, Robert is survived by his wife, Joan Daniels Bates; his daughters Lorraine Mayer of Johnsonville, SC & Rev. Lynda Bates-Stepe & her husband Atis Stepe of Commack, L.I. N.Y; his son James R. Bates of Branford; grandchildren, Heather Mayer, Jonathan Mayer, Michael Ferraiuolo, Steven Ferraiuolo, Bethany Bates & Tyler Bates; step-granddaughter Deanna Stepe and his son in-law Charles Ferraiuolo of Johnsonville, SC. He was predeceased by his daughter Louise B. Ferraiuolo and siblings, Ida Benke & Fred Bates. Robert is a US Army Veteran of the Korean Conflict and a graduate of the Bridgeport Engineering Institute. Robert was an electrical engineer, retired from Southern New England Telephone Co. He was a member of the Telephone Pioneers and member and Past Master of the Mason's Widow's Son Lodge # 66 A.F. & A. M. and Ashlar Village Lodge # 332, and a longtime member of the United Methodist Church in Branford. Friends may visit with his family at BEECHER & BENNETT FUNERAL HOME, 2300 Whitney Ave, on Sunday, March 10, 2013 from 3:00 to 6:00 PM. During this time a Masonic Service will begin at 5:00 PM followed by a Prayer Service with Pastor Kent Jackson at 5:15 PM and concluded with Military Honors. Interment will take place privately with his family. All may also attend a Memorial Service at the Hartog Center in Ashlar Village, Wallingford on March, 17th at 4:00PM. In lieu of flowers please sent memorial contributions in Robert's memory to the Masonic Charity Foundation, P.O. Box 70, Wallingford, CT 06492.