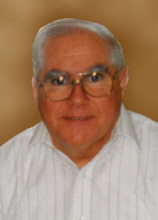 Robert Nicholas Gimbel, 74, of Meriden passed away at MidState Medical Center on Saturday, May 10, 2014. Robert was the beloved husband of 47 years to Carolyn Deal Gimbel and had resided in Meriden since 1973. He was born in Philadelphia, PA on November 7, 1939, a son of the late Nicholas M. and Elizabeth Whitman Gimbel. In addition to his wife, he is survived by a daughter, Nancy M. Gimbel, also of Meriden. He is predeceased by his brother, Frederick. He was employed as an appliance repairman for many years, and later worked for Kinko's. In his retirement he enjoyed being a courtesy driver for Richard Chevrolet. He was also a very active member of Center Lodge #97 A.F. & A.M. since 1998, serving as the Lodge Secretary for 14 years. He was a member of O.E.S. Meridian Chapter #8, and also Sphinx Temple, Shriners of Newington. Robert enjoyed HO Trains, traveling, and photography; photographing many weddings alongside his daughter Nancy. A memorial Mass of Christian Burial will take place at 11 AM on Saturday, May 17 at St. Rose of Lima Church, 35 Center St., Meriden, CT, 06450. Friends may visit with Robert's family at BEECHER & BENNETT-FLATOW FUNERAL HOME, 48 Cook Ave., Meriden, 06450 from 8:30-10:30 AM Saturday morning. A Masonic service will be held at 10 AM. Burial will be held at the convenience of the family. In lieu of flowers, contributions in Robert's memory may be sent to the Masonic Charity Foundation, PO Box 70, Wallingford, CT, 06492, or given online at www.masonicare.org/mcf.