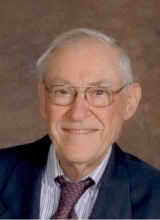 Robert 'Bob' W. Schmitt, age 87, of Hamden, passed away on December 4, 2016. Bob was born in New Haven on February 10, 1929, a son of the late Otto W. Schmitt & Sabina Kuehn Schmitt. He is survived by his daughter Julie Schmitt Benson & her husband Dell of Escondido, CA; his son David Schmitt of Seattle, WA; his sister Florence Schmitt with whom he resided and cousins Albert & Barbara Dobie both of Hamden. Bob was a 1946 graduate of St. Mary's High School in New Haven, He subsequently entered the US Army Air Corps and later the US Air Force Reserve for many years. He attended Fairfield University for 2 years and then the University of Miami earning his Bachelor's Degree. He was a resident of San Diego CA for most of his life and was employed as an accountant for the City of San Diego until his retirement. He moved back to Connecticut 3 years ago. Friends may visit with his family at BEECHER & BENNETT FUNERAL HOME, 2300 Whitney Ave, Hamden on Friday morning from 9:30 to 10:30 AM and may attend his Mass of Christian Burial at 11:00 AM in Our Lady of Mt. Carmel Church, Whitney Ave. Burial will follow in St. Lawrence Cemetery, West Haven. To send a condolence to his family please see: www.beecherandbennett.com