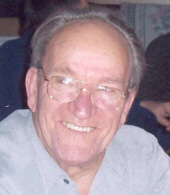 Rodney T. Lucas, 78, of Branford and formerly of West Haven, passed away, December 23, 2010. He was the husband of the late Marion McCurry Lucas. He was born in West Haven, June 23, 1932, son of the late Willis Avery & Evelyn Dunn Lucas. Rodney was a truck driver for Stop & Shop prior to his retirement in 1995. He was a long time member of the Teamster's Union, Local #443. He served his country proudly in the U. S. Army, in the Korean War. He was an avid golfer and bowler. Rodney is survived by daughter's, Sharon Amato and her husband Angelo Jr. of West Haven and Diane Carr of Orange, sons, Mark Lucas and his wife Julie and Craig Lucas of West Haven, sister's, Willene Derisi and her husband Joseph of Hamden, Rosalee Vanmarter and her husband Robert of Wallingford, Sondra Veerman of Succasunna, NJ, and brother's, Gregory Lucas of Hamden and Jeffrey Lucas and his wife Patricia of Wallingford. Also survived by grandchildren, Angelo Amato, III, and his wife Michelle, Stephen, Derek, and Joanie Amato, Stephenie, Mark, Jr., Jaime and Maggie Lucas and Geoffrey and Trisha Carr and a great-grandson, Kolbe Lucas. He is also survived by his loving companion, Jeanine Rusgrove of Branford. Friends may call at BEECHER & BENNETT-TAYLOR FUNERAL HOME, 410 Campbell Ave., West Haven, Tuesday, December 28th from 4-8 p.m. Funeral service and interment will be private. Memorial contributions in Rodney's name may be made to the West Haven Community Connection, 622 Campbell Ave., West Haven, CT 06516.