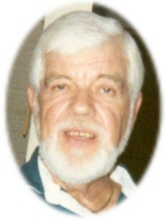 In Orange, Wed., Sept. 19, 2006, Roger Barry Thomas, Sr., 71, of Hamden. Husband of Judyth Capper Thomas; father of Roger B. Thomas, Jr. of Hamden, Kim S. Thomas of Hamden and the late Holly Ann Thomas Sequino. Also survived by 6 grandchildren, Joseph and Jason Sabato, Patrick Thomas, Roger Thomas, III, Christina Nunez, and Elaina Thomas; a brother Harold A. Thomas, Jr. of Woodbridge; and cousins, nieces and nephews. Son of the late Harold Arthur and Marion Kuehner Thomas, Sr., Roger was born in New Haven, April 30, 1935. He was the president and co-owner with his brother, Harold, of Industrial Sheet Metal Corp. of Orange.(Article in Trade Journal on acquisition of Industrial Sheet Metal Corp.)Industrial Sheet Metal Corp. Announces New Ownership Harold A. Thomas, Sr., Harold A. Thomas, Jr. and Roger B. Thomas have announced acquisition of the Industrial Sheet Metal Corp., Orange, Conn., from the Conn. Air Conditioning Co., of West Haven, Conn. The Industrial Sheet Metal Corp. has been engaged in air conditioning and ventilating and will continue in the same business. The firm currently has the sheet metal contact for the new Edward Malley building and the new West Haven High School, as well as four other new area buildings. Harold A. Thomas, Sr., has been in the sheet metal business for the past 34 years and is a member of the American Society of Heating, Refrigeration, and Air Conditioning Engineers. For the past six years he has been associated with Industrial Sheet Metal Corp. as manager and vice president. He was one of the founders of this company with the late George Ellis. He has assumed the position of president of the corporation and also continues as general manager. Roger B. Thomas is a pattern design graduate and has been shop foreman for the past two years. He will continue in that capacity as well as in the capacity of vice president of the corporation. Harold A. Thomas, Jr., is a graduate of Quinnipiac College and spent two years with the U.S. Army in Germany. Until recently he was manager of a pharmacy in Hamden and manager-owner of a pharmacy in New Haven. He has assumed the duties of assistant manager and also serves as secretary-treasurer of Industrial Sheet Metal Corp.) Roger B. Thomas, Sr. was a Mason and a member of Trumbull Lodge # 22. Funeral service Saturday, Sept. 23, 2006 at 10 a.m. at BEECHER & BENNETT, 2300 Whitney Ave., Hamden. Friends may call Friday from 4 - 8 p.m. Masonic service by Trumbull Lodge at 7 p.m. Memorial contributions may be made to The Ronald McDonald House of CT, 501 George St., New Haven, CT 06511.