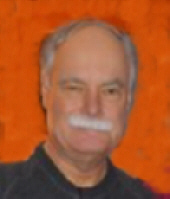 Roger Charles Patrick, of Derby, passed away suddenly of natural causes on February 15, 2013. He was born December 20, 1951 to the late Harrie and Mildred Ryan Patrick, and was the grandson of the late Raymond and Mildred Vadney. He attended Orange public schools and graduated from Amity Regional High School and completed numerous technical courses in emergency medical treatment and heating, ventilation and air conditioning systems. Roger was a 39-year member of the Orange Volunteer Fire Association where he attained the rank of Assistant Chief. For many years he was the co-chair of the pizza booth at the annual Orange Firemen's Carnival. He belonged to the Valley Fire Chiefs Association, Valley Fire Training School, New Haven Fire Academy, CT State Firefighters Irregulars Association, and assisted with the Engine #260 muster in Milford for many years. Roger had been an EMT trainer/evaluator for RECERT LLC and worked for Flanagan Ambulance; was a member of Teamsters 443 and Pipefitters United Association Local 777; and worked as an HVAC service technician for Chickos Energy Services in Milford, Hoffman Fuel, and Vadney Fuels in Orange during his career. He was known as an excellent technician with superb customer service skills. Roger enjoyed riding his motorcycle, walking along the beach in West Haven, and his friend's pets. He served as a mentor to younger firefighters as an instructor and coach. Colleagues respected and admired him. He was a good friend who would give the shirt off his back. Roger is survived by his brother, Hal Patrick (Fran) of Albany, NY and Wickford, RI; sister, Marcia Patrick of Tacoma, WA and West Palm Beach FL; nephews Eric Patrick (Gloria) of Waltham, MA; Drew Patrick (Nalini) of Norwalk, CT; and grandnieces Sophia, Phoebe, Thalia and Keira. A Celebration of Life will be held on Sunday (TODAY), February 24th from 2:00 to 4:00 pm at Orange Fire Station #1, 625 Orange Center Road, Orange. Please come and share a memory of Roger's life. Memorial contributions may be sent to the Orange Volunteer Fire Association, Inc., 625 Orange Center Road, P.O. Box 878, Orange, CT 06477. BEECHER & BENNETT, 2300 Whitney Ave, Hamden, in care of arrangements.