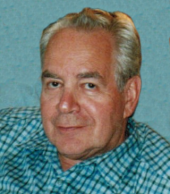 Roger Giler, 87, of Wallingford, CT, formerly of Wilton, passed away on October 1, 2016 at Yale New Haven Hospital. He was born in Berlin, Germany on June 20, 1929 to Aron and Sofie Reis Giler. Raised in France, he was a hidden child during World War II and a member of the French Resistance. A graduate of the Sorbonne and Carnegie-Mellon University, Roger worked in metallurgical engineering for many years. He was an inventor and holder of more than 55 patents. His long-running newspaper column 'Computer Corner' made computing easy for the rest of us. Roger was an avid ham radio operator, motorcyclist, computer nerd and humorist. He loved a good joke. In his legendary workshop he could fix just about anything. Roger is predeceased by his wife Clarice Phillips Giler. He is survived by his longtime companion Mary Evans, formerly of Wilton, his sons Eric and wife Kim of Boston, MA; Mark and wife Cindy, of Pasadena, MD; and Paul and wife Linda, of Mint Hill, NC; and grandchildren Benjamin, Samuel, Lillian, Chase, Hayden and Blake Giler and Sophia and William Daybell. Friends are invited to attend a Celebration of Life Service at the Wilton Congregational Church, 70 Ridgefield Rd, Wilton, CT 06897 on November 3 at 10:30am. Donations in his memory may be sent to the Wilton Library, www.wiltonlibrary.org.