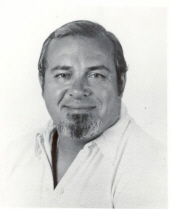 Hamden - Ronald Arthur Rohmer, age 74, of First Street in Hamden, passed away suddenly on Sunday, September 25, 2005. Mr. Rohmer was born in Hamilton, Ontario Canada on March 8th, 1931, a son of the late Ernest H. Rohmer and Marion M. Wright - Rohmer. Ronald had resided in Connecticut since 1950. Ron is survived by his brother Richard Rohmer and his wife Mary-Olivia of Collingwood Ontario, Canada, his Aunt Margaret Rohmer of Bracebridge, Ontario, his cousins William Rohmer and his wife Evelyn, of Northeast, MD, Susan Rohmer-Hilton and her husband Ronald of Barrie, Ontario, Anne Marie Rohmer-Nichols of Toronto, Ontario, Marty Rohmer-Wood and her husband James of Bracebridge, Ontario, and Matthew Rohmer and his wife Christine of Toronto. He is also survived by his four children Karin Rohmer of West Haven, Linda Rohmer Free of Port Charlotte, FL., Kurt Rohmer of Hamden with whom he resided, and Alexis-Andrea Rohmer-Sutherland of Tampa Bay, FL, and three grandchildren, Ashton Rene, Zoriana and Caden. Friends may call at BEECHER & BENNETT, 2300 Whitney Ave, Hamden, CT, on Saturday, October 1st, from 12:00 pm to 1:00 pm, followed by a Remembrance Service at 1:00 pm. Contributions in his memory may be sent to the Foundation or Charity of your choice, or to the Special Olympics Connecticut, 2666 State Street, Hamden, CT 06517.