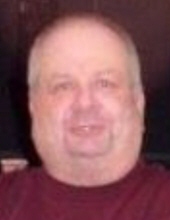 Ronald Benjamin Norkiewicz, 66, of Meriden, CT passed away Saturday, September 22, 2018 at his home. Born on February 17, 1952 in Meriden, he was the son of the late Benjamin and Estelle (Gilmore) Norkiewicz. Ron graduated from Francis T. Maloney High School in 1970, and Hartford State Tech in 1972. He recently retired after working as a machinist for 33 years at Kaman Precision Products in Middletown. Ron was known for his intelligence, quick wit, and humor. At one time he played in, and later coached a men's softball team, and had also coached a Little League team. He liked the Boston Red Sox and was an avid sports fan that enjoyed placing a wager now and then. Mostly he enjoyed the time he spent with his many good friends, sharing good food and drinks. Ron is survived by his brother Stephen Norkiewicz and sister-in-law, Laura Douglas of Meriden; many cousins and friends. He will be greatly missed by all of his family and friends. A Funeral Service will be held on Saturday, September 29th at 10:00 a.m. at Hubbard Chapel at Walnut Grove Cemetery, 817 Old Colony Rd., Meriden. Everyone is asked to meet directly at the chapel. Burial will follow in Walnut Grove Cemetery. Arrangements are under the direction of BEECHER & BENNETT-FLATOW FUNERAL HOME, 48 Cook Ave, Meriden. In lieu of flowers donations in Ron's memory may be made to the ALS Association, 1275 K Street NW Suite 250, Washington, D.C. 20005.