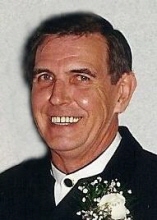 Ronald R. Dudzic Sr., of Brooksville, Florida, husband of the late Deborah Dudzic, passed away on Tuesday, May 15, 2012 at Masonic Health Center in Wallingford. He was born to the late Stephen and Stephanie Dudzic on February 25th, 1941 in Hartford. Ron began his adult life by serving his country in the Connecticut National Guard and then committed the rest of his days to his family, friends and relatives. He worked as a machinist and was the small business owner of the Barn Package Store in Somers, CT from 1971 - 1984 and Video Visions with locations in Enfield and Ellington, CT from 1985 -1989. As a father, Ron taught his children the values of life, as friend, he always had a laugh to give, as a husband, a hand to hold on to and to us all he shared his heart. Ron is survived by his children Ronald Dudzic Jr. and his wife Beth of Tarrytown, NY, Lara Avery and her husband Dan of Somers, Karen Dudzic-Lariviere of Enfield, Stephen Dudzic and his wife Sandra of Hamden, Daniel Dudzic of Ellington, and three grandchildren and one great grandchild. A Graveside Service will be held at 11a.m. on Wednesday May 30th at Saint Bernard's Cemetery on Route 74 in Rockville-Vernon. BEECHER & BENNETT, 2300 Whitney Ave, Hamden in care of arrangments. In lieu of flowers, donations can be sent to Masonic Charity Foundation, P.O. Box 70, Wallingford, CT 06492.