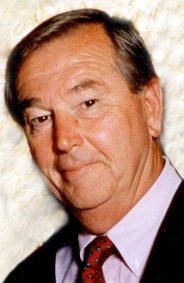 Ronald R. Treanor, age 84, of Hamden, passed away on April 28, 2022. Born in Des Moines, Iowa, he was a son of the late Paul and Gladys (Tillman) Treanor. Ron is survived by his wife Judith (Miller) Treanor; daughter Elizabeth (Edward) Morley of North Haven; son Michael Treanor of Ft. Lauderdale, FL; grandchildren Edward “Ned” Morley and Brendan Morley; brother Richard Treanor of Arnold, MD; and several nieces and nephews. Ron was a graduate of Notre Dame H.S. and New Haven College. He was a U.S. Navy Veteran and a lifetime member and past president of the Knights of St. Patrick. Ron retired from Pirelli Tire Corp., formerly the Armstrong Rubber Co., as a manager of the Tire Development Division. After retirement he was a self-employed carpenter for many years. Ron was an avid sailboater and enjoyed building model boats.
Friends may visit with his family on Friday, May 20th at Beecher & Bennett Funeral Home, 2300 Whitney Ave., Hamden from 11:00 a.m. to 1:00 p.m. prior to his Prayer Service, which will begin at 1:00 p.m. Burial will be private. Contributions in Ron’s memory may be made to St. Jude’s Children Research Hospital at www.stjude.org.