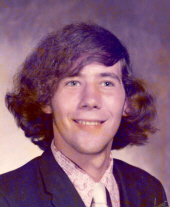 In Orange, Tuesday, October 12, 2010, Ronald R. Warren, 55, formerly of Hamden. Son of the late Robert D. and Dorothy Hamilton Warren, Ronald was born in New Haven on July 8, 1955. He is survived by a sister Cynthia E. Cooper and her husband Paul of Milford and brothers Steven D. Warren of Doyleston, PA and James J. Warren and his wife Jane of West Haven. He is also survived by a nephew James M. Warren and his wife Maria and nieces Kim, Nicole and Haley and great niece Isabella. A Memorial Service will take place Saturday, October 16, 2010 at 10 AM at The Church of the Holy Spirit, 28 Church St., West Haven. In lieu of flowers, donations in Ronald's memory can be made to the Muscular Dystrophy Association, 1952 Whitney Ave., Suite 220, Hamden, CT 06517. Arrangements are in care of BEECHER & BENNETT-TAYLOR FUNERAL HOME, 410 Campbell Ave., West Haven.