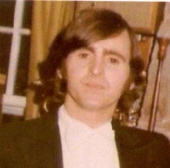 In Los Angeles, CA, January 19, 2007, Ronald W. Wanless a former longtime resident of Buttonball Rd., Orange. He maintained a residence in Los Angeles. Born in New Haven, CT on August 22, 1946, he was the son of the late W. Roland and Clara Boyden Wanless. With a long and distinguished career in the motion picture industry, Ron served as Senior V.P. of Worldwide Marketing, The Samuel Goldwyn, Co., President of Worldwide Marketing, New Line Cinema, Senior V.P. of Advertising and Publicity for the Atlantic Entertainment Group and Management Supervisor at the Entertainment Division of Saatchi and Saatchi Advertising in New York, The Diener/ Hauser/Bates Agency with accounts with all of the Major Motion Picture Studios. Ronald was a member of the Academy of Motion Pictures and Sciences, The Motion Picture Pioneers Foundation and the New York Athletic Club. Ron is survived by two aunts, an uncle and many cousins living out of state. A service of interment will be held in the Orange Center Cemetery in Orange, CT on Friday, January 25, 2008 at 11 a.m. Arrangements with BEECHER & BENNETT, 2300 WHITNEY AVE., HAMDEN. Memorial contributions, if desired, may be sent in Memory of Ron to the Will Rodgers Motion Picture Pioneers Foundation, 10045 Riverside Dr., Toluca Lake, CA 91602 or the Achievement First School, 403 James Street, New Haven, CT 06513.