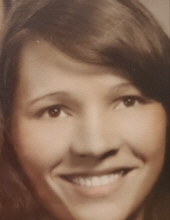 Rosa Roman, 75, passed away peacefully on April 8, 2020 at Miller Memorial. She was the beloved wife of Ramon Roman, Sr for 51 years. Rosa was born in Aguada, Puerto Rico on November 29, 1944, daughter of the late Eusebio and Margarita (Cordero) Chaparro. A loving mother, grandmother, and caretaker, Rosa is survived by her children Rosemarie Roman, Ramon Roman, Jr., Daniel Roman; grandchildren Rosemary,Irene, Angel 'Yopi', Rebecca, Julio 'Angel', Angel 'Chico' and Adam Rivera, and Gabriel and Adriana Roman; and several great-grandchildren . She is also survived by many nieces and nephews, which considered her their favorite aunt; and her brother Felix Chaparro. She was predeceased by one sister and two brothers. Rosa was caring and compassionate and leaves behind many close family members and friends. Rosa's funeral services will be held privately at this time. Beecher & Bennett-Flatow Funeral Home, Meriden is assisting with the arrangements. To share a condolence with her family, please visit www.beecherandbennett.com.