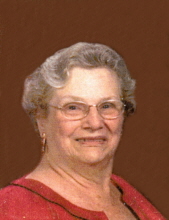 Rosamond Ruth Stevens, 84, of North Haven, wife of the late James Stevens, passed away at Montowese Health Care on August 21, 2013 with family by her side. She was born in Newton, MA, on June 28, 1929 to the late Frederick and Mary Daniell Prussmann. Rosamond will be remembered by her daughters and their husbands, Melodie & Ronald Penton of North Haven, Mariebeth & John McEwan of Meredith, NH; grandchildren, Michael Penton & his wife Karan of Wallingford, Timothy Penton & his wife Maria of Wallingford, Jinny Summerville & her husband Ian of Hamden, Richard and James Galbraith of Austin, TX, and Amanda Hayden of Nashua, NH; nine great-grandchildren, Taft, Luke, Abby, Nolan & Gabriel Penton, Joshua, Chloe, & Zula Galbraith, and Savannah Rounds. Predeceased by her son, Richard Stevens and granddaughter, Kathleen Hayden. Rosamond lived in Falmouth, MA with her family until moving to North Haven in 2002. In Boston she worked as a dance instructor at Jean Paige Studios and she worked in Chandlers Dept. Store in the billing office. When her daughters were young she did child care from her home. For many years she was a crossing guard police woman and worked for Cape Cod Hospital family care unit with adults from 1978 to 2001. She was past Matron of the Goodwill Chapter Eastern Star and was on the advisory board of Falmouth Rainbow Grand Cross of Color. Rosamond was Past Regent of Jonathan Hatch Chapter of the DAR and served several times presiding as an officer totaling 12 years. She was a part of the Falmouth Theater Guild, appearing in several plays and helping with props and make-up for other shows. Now in North Haven, Rosamond was a member of St. John's Episcopal Church. A Memorial Service will be held at St. John's Episcopal Church, North Haven on Saturday, September 7, 2013 at 1:00 p.m. BEECHER & BENNETT, 2300 Whitney Ave., Hamden in care of arrangements. In lieu of flowers contributions in Rosamond's memory may be sent to St. John's Episcopal Church, 3 Trumbull Place, North Haven, CT 06473 or College Light Opera Co., P.O. Box 906, Falmouth, MA 02541-0906.